Posted at 15:00h in Art places by admin_enjoym

The legend of Saint Galgano

Almost at the gates of the Maremma, between Grosseto and Chiusdino, in the province of Siena, Saint Galgano Abbey is a special destination for visitors who want to discover the treasures of Tuscany. The Abbey is an extraordinary example of Cistercian architecture from the Gothic style, at the foot of a hill, where it was built in Tuscan Romanesque Style “La Rotonda”, the church of the monastery dedicated to the saint who lived there in the 12th century and decided to abandon his ruthless life in favour of a pious hermitage.

The sword in the stone

Place of great beauty, the Rotonda of San Galgano symbolizes the surrender of a reckless life. Once upon a time the saint took his sword and miraculously planted it into a rock and the shape of the handle created a cross. A sign of his refusal to the atrocities of his time. Saint Galgano and the sword in the rock immediately recalls the legend of King Arthur.

The magic of Saint Galgano

Saint Galgano Abbey was flourishing especially in the 16th century, then started to decline until the fall of its roof in 1786. The ruins can still now be seen in all their suggestive beauty.

How to get to Saint Galgano

Saint Galgano can be reached in about 1 hour from Grosseto and in half an hour from Siena. The Abbey is easily accessible from Grosseto taking the SS223 Grosseto-Siena and exit at San Lorenzo a Merse, then follow the signs to the Abbey direction Monticiano. 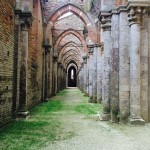 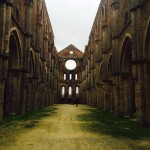 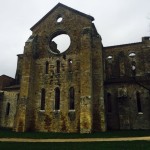 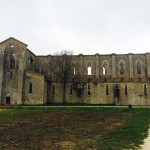