Posted at 15:44h in Parks and Nature Reserves by admin_enjoym

The Diaccia Botrona Nature Reserve stretches for over 1000 hectares between Castiglione della Pescaia and Grosseto and is all that remains of the ancient Lake called by the Etruscan Lacus Prilius, that took up this flat area. The lake was almost completely drained during the huge drainage works in the 18th century to defeat malaria.

The area has been a nature reserve since 1971. Here more than 200 species have been counted. An occasion to observe different species of birds, such as flamingos, ospreys, egrets and purple herons, kites or jays, or reptiles such as tortoises, and marsh but even various mammals such as foxes, badgers, hedgehogs and porcupines.

The Diaccia Botrona Nature Reserve is accessible from a 16 km route or a shorter path of about 2 km. In the summer you can also book a boat trip. The swamp and the large green area offer an amazing spectacle of colors and fragrances with tamarisks, elms, rushes, straws and rare species of orchids.

Within the Daccia Botrona Nature Reserve you will find an impressive two –storey building, a red house which dominates the swamp: The Ximenes House named after the Jesuit architect who designed it in 1765 for reclaiming the area from malaria. According to the monk the malaria could be caused by an insane mix of fresh water and salt water: the structure would have distinguish the two water and defeat the lethal disease. But the experiment was a failure and he fall into disgrace.
Today is this fascinating structure a helpful instrument to enhance the fragile eco system of the Reserve and home of an interesting multimedia museum.

There are many legends revolving around malaria. The most famous identified this terrible disease with a witch from burning eyes who lived in the swamp of Daccia Botrona, able to burn people with a look, terrorizing the inhabitants of Castiglione della Pescaia. 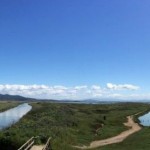 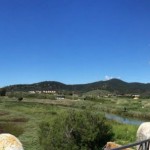 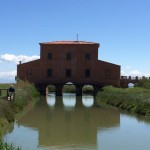