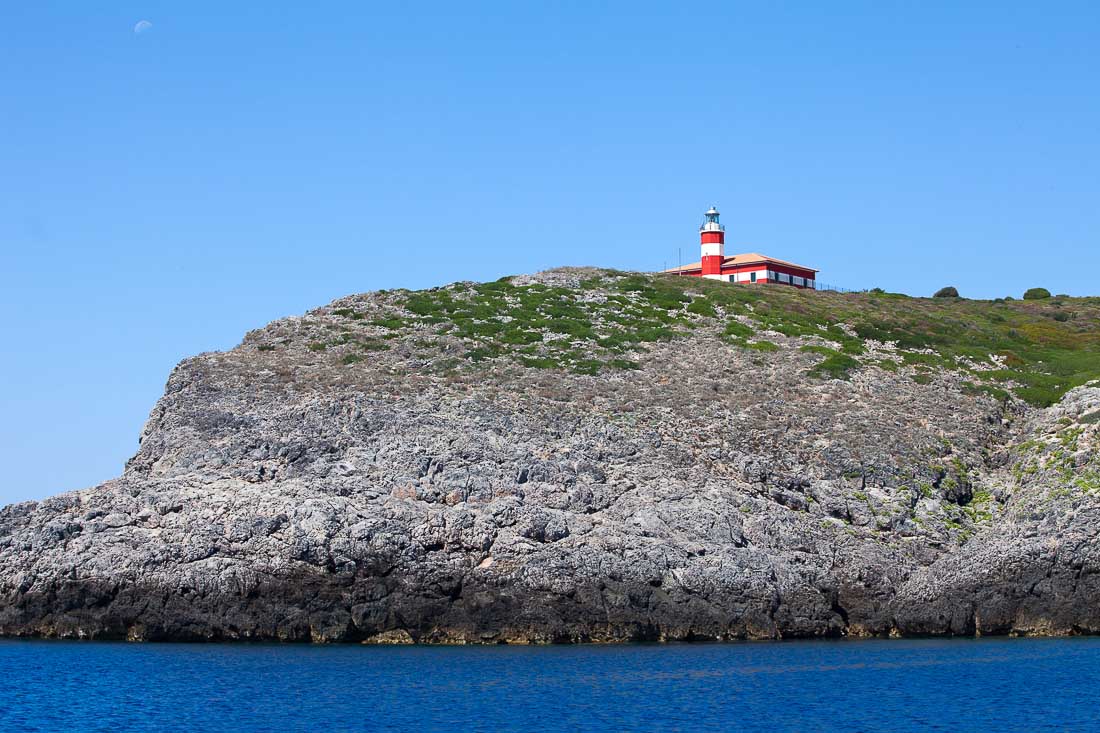 Posted at 16:19h in Tuscan Archipelago islands by Staff

The crescent shaped island in the tyrrhenian sea

Giannutri Island is the southernmost of the Tuscan Archipelago and is part of the Municipality of Giglio Island, from this about 8 miles south far away. About six miles separate Giannutri from Porto Santo Stefano. This 3 km long and over 500 meters wide half-moon shaped island is characterized by four rocky peaks (Poggio del Capelrosso, Monte Mario, Monte Adami and Poggio del Cannone) and rugged coastline, with numerous bays and coves.

Two tiny stone beaches are on this island: Cala dello Spalmatoio on the northeast side and Cala Maestra on the northwest side. The wild nature has remained virtually intact through the centuries. For long times was uninhabited, except during the Roman Empire when in the 2nd century BC was built near Cala Maestra an harbor and a superlative villa. The entire island is a nature reserve where there aren’t hotels and camping is prohibited. Mediterranean scrub and oak forests are chosen by several species of migratory nesting birds. Giannutri is also known as the “island of the gulls” for the numerous yellowlegged gulls (Larus michahellis) which nest here. The crystal clear waters of the Giannutri represents a Marine Reserve to protect sponges, corals and many marine plants which cover the sea bottoms and to facilitate fish restocking.

How to get to Giannutri